An angel at the table and Faces in the water by Janet Frame are two books that I came across earlier this year before embarking on my Venture after I read about the release of the latter on the Virago website. I had not heard of Frame, but she is apparently an eminent novelist and writer from New Zealand.

These are wonderfully written, but quite disturbing, autobiographies, relating Frame's life and journey through mental illness and the importance of writing to her recovery. She was erroneously diagnosed as being schizophrenic, and spent a number of years insitutionalised. She was about to have a lobotomy when she received the news that she had won a major literary prize! I have to say that they are not hugely happy reads, but they are extremely inspiring.

Mental illness is something that I am hugely interested in, as a number of people close to me have been very ill and hospitalised with depression and other psychiatric disorders. This gives me the opportunity to give a quick plug for the swim that I am doing in order to raise money for Mind, the mental health charity, which seeks to support those with mental illness and raise awareness throughout the UK. I've already raised quite a bit of money, but would love to raise more - please see my justgiving page for more details!

Here are the covers of the books. 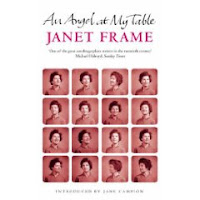 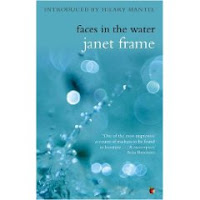